"FLCLimax" is the sixth and final episode of the first season of FLCL. Its English dub aired on August 13, 2003 on Adult Swim.

There's a huge, giant hand looming over Mabase and the Medical Mechanica plant hasn't stopped smoking since the battle with the last robot. Both Haruko and Canti are wanted. Mamimi has found a new friend, a little robot that has a taste for eating mechanical things.

Haruko and Canti have disappeared and become wanted criminals, while smoke has continued to pour out of the Medical Mechanica plant since the last robot attack, shrouding Mabase in mist. Naota and his friends see Mamimi searching for something in some grass. When he finally realizes that Mamimi will never return his feelings, he decides to ignore her. Mamimi finds a small, dog-like robot by the river. It runs away with her cell phone, which she lets it eat, and it grows as a result. Haruko returns to the Nandaba residence at dinner, causing Naota to later ask her in tears why she left. Commander Amarao and Lieutenant Kitsurubami attempt to find the "Terminal Core" of a robot piece they haul out of the river, which is revealed to be the creature Mamimi has been feeding. It absorbs part of Canti before Haruko feeds Naota to it, then it merges into the giant hand near the iron. From this, Haruko hopes to extract Atomsk, the celestial being whose power she desires.

Before the giant hand can fully grasp the Medical Mechanica plant, Canti stops it as Naota emerges from his head, glowing with the infinite energy of Atomsk. Stunned, Haruko flies into a rage, bent on acquiring the power of Atomsk by destroying Naota. Before he can finish Haruko off, Naota stops short and, declaring his love for her, kisses her, allowing Atomsk to fully emerge from his N.O. channel. Atomsk consumes the Terminal Core and blasts off into space. Before leaving, Haruko asks Naota if he wants to accompany her on her search for Atomsk, but she quickly retracts her offer, reasoning that Naota is still "just a kid." Haruko takes Naota's and Atomsk's fused guitars, presumably keeping it as a memento, and zooms away towards the sky on her Vespa, leaving Naota to find her guitar lying among the rubble.

In the epilogue, life returns to normal in Mabase, a year has passed since Haruko left, and Naota and his friends have begun their junior high school year. There is a typical argument over drinks between Naota and Ninamori, implying some minor signs of romance. Naota kept Haruko's guitar as a memento in his room; whether he learned to play it or not is unknown. He mentions that Mamimi left Mabase to pursue photography. Naota finishes his final monologue with the same statement made in the first episode that contrasts the events of the series: "Nothing interesting ever happens here." At the end of the credits, Haruko's Vespa is seen parked at Naota's house. 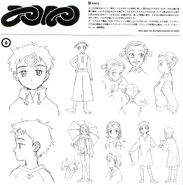 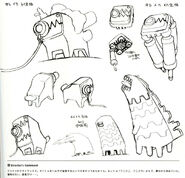 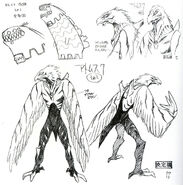 Naota tells Haruko he loves her

Retrieved from "https://flcl.fandom.com/wiki/FLCLimax?oldid=8540"
Community content is available under CC-BY-SA unless otherwise noted.